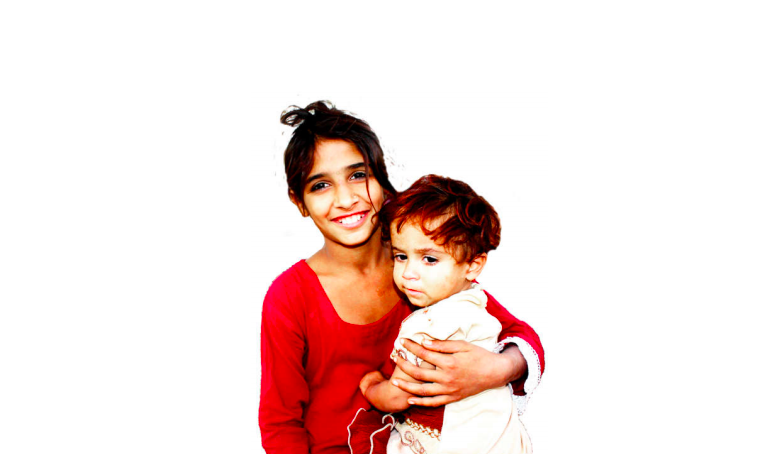 Overview:
There are over seventy million children living in Pakistan, representing thirty-five percent of the country’s population. Most of these children grow up with little or no access to their basic rights to basic health, basic education and protection from abuse and neglect. Children from the country are mostly victims of exploitation by their family due to economic problems. Children are forced to work, often in dangerous conditions. Since the early 1990s, children have increasingly become victims of militant actions, whether through the recruitment of suicide bombers or the complete breakdown of the health and education system in military areas in Pakistan. . Child marriage, child labor and gender-based exploitation also mean that women have to deal with particularly difficult circumstances early in life.

Our mission:
The source of inspiration for the establishment of the Bunyad Foundation in 1992 was to actively contribute to the provision of basic rights to children from neglected and marginalized families who would otherwise be forced into hazardous forms of child labour. Through its tireless efforts in education, the foundation came to the attention of the International Labor Organization, which graciously became a generous donor in providing financial and technical support. Assistance from such organizations, as well as philanthropic assistance from private donors, has greatly helped Bunyad Foundation to become a credible and leading child rights protection and advocacy organization in Pakistan.

Since its inception, Bunyad Foundation has implemented twenty projects solely to address child labor in ten different districts of Punjab province. These projects ranged from enrolling children exposed to child labor into informal and formal schools to ensure that their future can be brighter. Children working in carpet weaving units, soccer ball and surgical industries, brick kilns, cotton fields and even camels were identified and their employers advocated for these students to enroll in informal basic education centers set up by Bunyad . where they were provided with food, stationery, books and sports equipment along with education. Between 1995 and 2013, the foundation established 10,815 informal and basic education centers for children involved in work. Thanks to Bunyad Foundation’s unwavering efforts, 417,756 children were enrolled in school, forty percent male and sixty percent female, of whom 79 percent were fluent in basic Urdu reading and writing and mathematics.